This cake was for one of the founders of the Poems Underwater project, which is building up an amazing range of mermaid-focused history, interviews writing and art. I've always wanted to do a mermaid cake, and have had a soft spot for them ever since I persuaded my parents to get a salt dough mermaid plaque from Camden Lock Market on an ill-fated childhood outing.

There's a kind of purity about medieval mermaid illuminations, matter of factly placed among a menagerie of animals in bestiaries, between the mandrake, manticore and mole, rather than being humanised or sentimentalised. The line drawings are a bit bald and bare to work from, though, I wanted to do something a bit less awkward, and more satisfying so I was loosely inspired by a very late medieval (1430-50) detail from a misericord in Ludlow, Shropshire. I ended up sanitising and cartoonising the original, half by accident - I put the waist ruffle too high up, losing the typical medieval rounded stomach, and imagined in the left arm with a comb, as a counterpart to the right arm with its mirror. 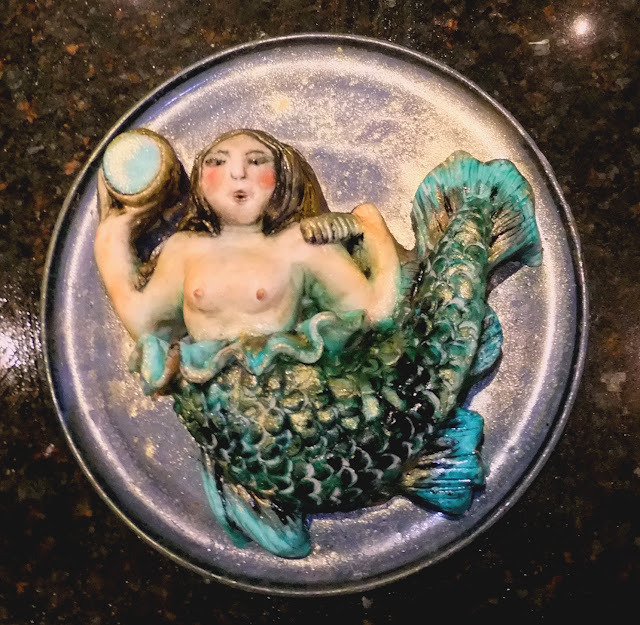 She is completely sculpted out of cake - and looked like this underneath.... 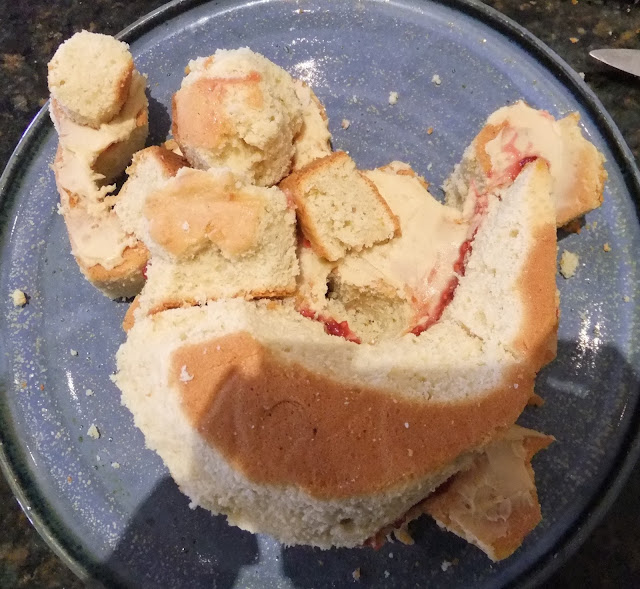 And then a draped sheet of rolled out fondant, over a thin layer of buttercream, smoothed the sharp edges into something more workable - I pressed out the scales using the angled lid of a felt tip pen. 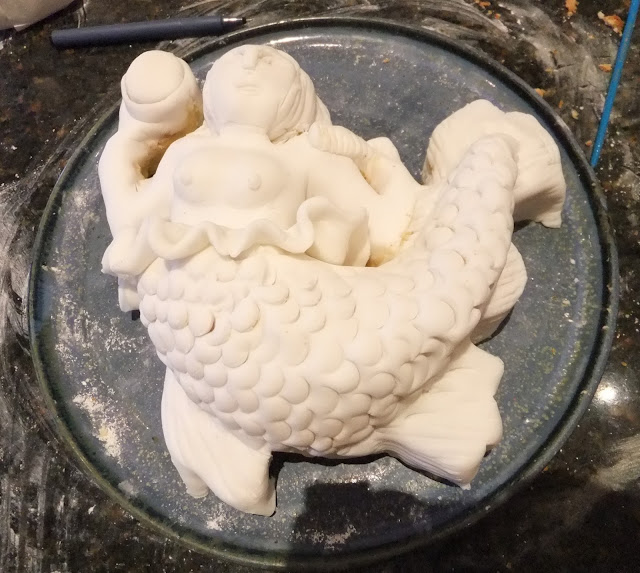 Painting it with food colouring was definitely the easy bit, but I wasn't happy with the face - this method isn't delicate enough to do sharp modelling, so it came out very flat - another time, I'd be tempted to make a solid icing 'mask'.

A couple more pictures, to try and show the depth... 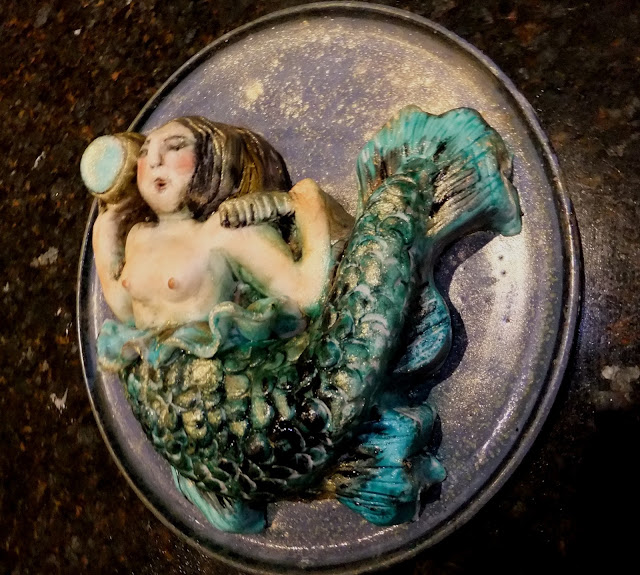 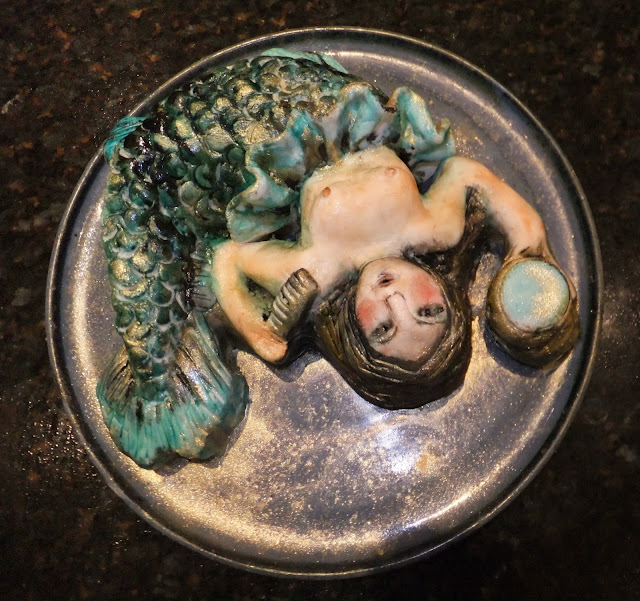